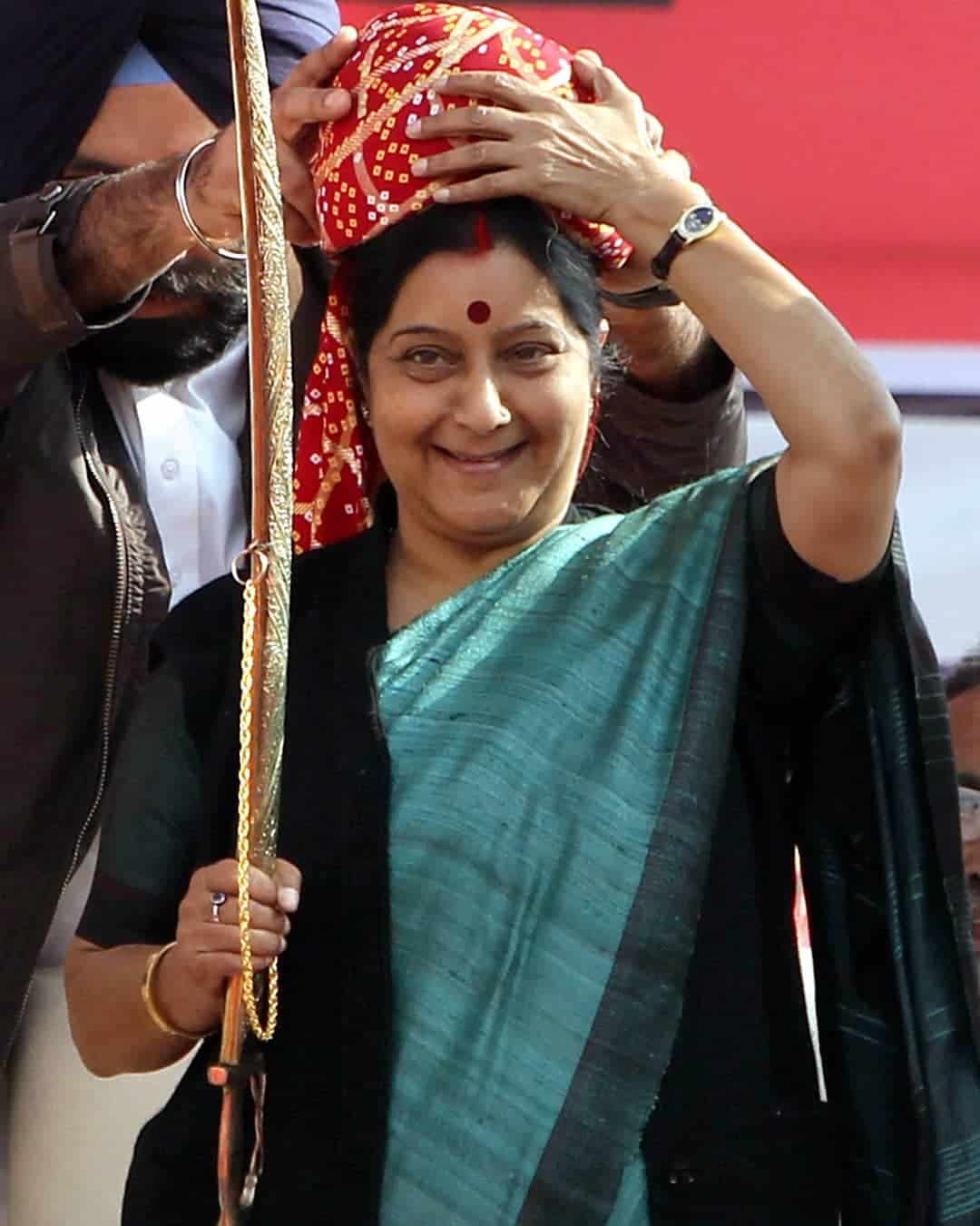 Sushma Swaraj was born on 14 February 1952, into a Sharma family. She belongs to the Brahmin family. Her father Hardev Sharma was a prominent Rashtriya Swayamsevak Sangh member and Her mother Shrimati Laxmi Devi was a Homemaker. She had two siblings, one brother named Dr. Gulshan Sharma ( An Ayurvedic Doctor ) and a sister named Vandna Sharma ( Politician and professor).

She was studied in the local school of Ambala Cantt, Haryana. She did B.A. with majors in Sanskrit and Political Science from the Santana Dharma College, Ambala Haryana. Then she did a Bachelor of Laws from Punjab University Chandigarh.

On 13 July 1975, Sushma got married to Swaraj Kaushal. She has a daughter named Bansuri Swaraj, who is also an advocate.

Sushma Swaraj was passed away on Tuesday night. Sushma Swaraj had a kidney transplant in 2016 but had continued to work through her recovery period. On Tuesday night, Sushma Swaraj got a cardiac arrest. She immediately brought to the All India Institute of Medical Sciences (AIIMS) around 10 pm and taken to the emergency ward. But the doctor later released a statement saying the BJP leader died at 10.50 pm. The next day, she was cremated with full state honors at the Lodhi crematorium in Delhi.

She continuously participated in Jayaprakash Narayan’s Total Revolution Movement. After the Emergency, Sushma joined the Bharatiya Janata Party. Later, she became a national leader of the BJP.

From 1977 to 1982, Sushama has been a member of the Haryana Legislative Assembly. Then in July 1977, she was sworn in as a Cabinet Minister in the Janata Party Government headed by the Chief Minister Devi Lal. She became State President of the Janata Party (Haryana) in 1979, at the age of 27.

She has been an Education Minister of Haryana state in the Bharatiya Janata Party–Lok Dal coalition government from 1987 to 1990.

She has been Union Cabinet Minister for Information and Broadcasting during the government of PM Atal Bihari Vajpayee in 1996.

In March 1998, Sushma was elected again to the 12th Lok Sabha from South Delhi Parliamentary constituency, and yet she became Union Cabinet Minister for Information and Broadcasting with the additional charge of the Ministry of Telecommunications from 19 March 1998 to 12 October 1998 during the government of PM Atal Bihari Vajpayee.

This time Sushma declared film production as an industry, which made the Indian film industry eligible for bank finance.

From 2000- 2009, again she became a Rajya Sabha member after lost the 13th Lok Sabha election in 1999. Later She won the 2009 election for the 15th Lok Sabha from the Vidisha Lok Sabha constituency in Madhya Pradesh by the highest margin of over 400,000 votes.

She became a Minister of External Affairs in the Union of India from [26 May 2014 – 29 May 2019  under Prime Minister Narendra Modi. She was only the second woman to hold this position after Indira Gandhi.

Sushma was responsible for implementing the foreign policy of  PM Narendra Modi. She helped Indians who were stranded anywhere in the world or a problem in foreign land via twitter.

In 2019, Sushma didn’t contest in the general election and also refused to continue her post of minister of external affairs. She said that she wants some time for her health to recover from her kidney transplant surgery.

Sushama Gained well respect and honor from all the all peoples of India through her work as a politician. She was highly influenced by socialism. She was called as India’s Most Loved politician.

Sushma was the Indian Parliament’s first and the only female MP honored with the Outstanding Parliamentarian Award 2004. She was honored by best speaker award in the Haryana Assembly.

In February 2019, the Spanish government honored her by the “Grand Cross of Order of Civil Merit” because of her help and support during the evacuation of 71 Spanish citizens in Nepal earthquake in 2015. 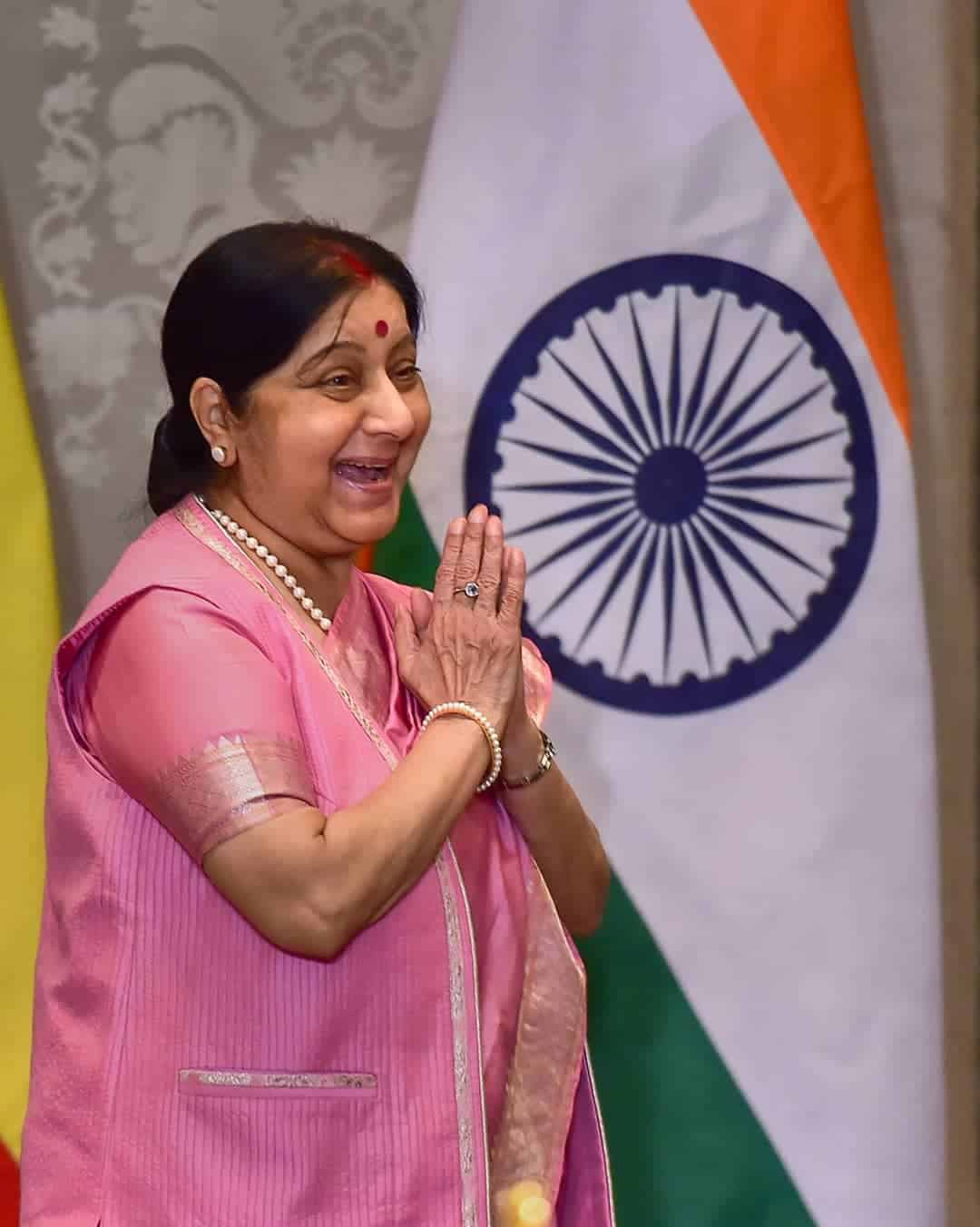