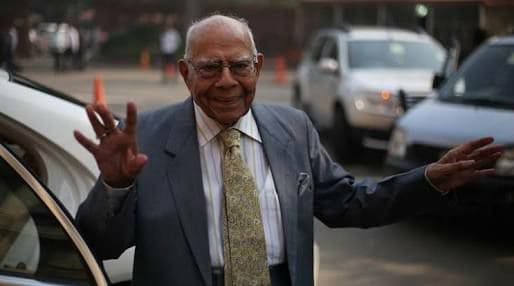 Ram Jethmalani was an Indian Politician and Lawyer. He had served as India’s Union Law Minister and as chairman of the Bar Council of India. He has represented many of the cases from the high-profile to the controversial and was the highest-paid lawyer in the supreme court of india. But on this  Sunday (8 September 2019), he was dead around 7.45 am due to prolonged illness at his official residence in New Delhi and was cremated around 5.30 pm at the Lodhi Road crematorium in New Delhi on Sunday.

Ram Jethmalani was born on 14 September 1923 in Shikharpur, British India (Now Pakistan). His father name is Bhoolchand Gurmukhdas Jethmalani, and mother name is Parbati Boolchand. He was the only son of his parents. He belonged to a Sindhi family.

In 1942, Ram Jethmalani got married to Durga Jethmalani in a little age above 18. Later he again did marry to Ratna Jethmalani, who was a lawyer by profession. He has three children from his first wife Durga named Rani, Shobha, Mahesh, and a son from the second wife Ratna named Janak. He lived with his family, including both wives and four children. 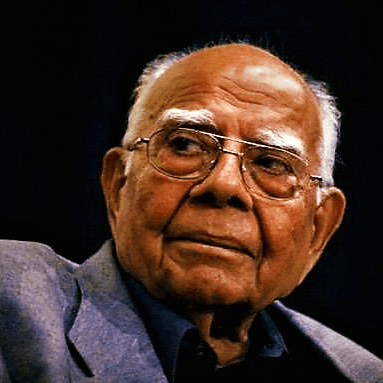 Ram Jethmalani began his career as a lawyer and Professor in Sindh before partition. He fought his very first case at the age of 17 in the court of Sindh under Justice Godfrey Davis.

He had his own firm in Karachi with his friend A.K. Brohi. But the partition led him to move to Mumbai, india (in February 1948), as a refugee. In India, he fought his first case as a refugee.

In 1953, He became a part-time professor at government college of law. He taught both graduate and postgraduate students.

As a politician, Ram Jethmalani had started his career in 1971 via taking part in the election from Ulhasnagar, but he lost. He was supported by both Shiv Sena and Bharatiya Jan Sangh.

During the emergency period of 1975–1977, he was the chairman of the Bar Association of India.

In 1980 he again got elected in general election and this time he won. Later he became a member of Rajya Sabha in 1988.

In 1995 he launched his own political party called Pavitra Hindustan Kazhagam, with a motto to achieve “Transparency in the functioning of Indian Democracy.”

In 1996, He became the Union Minister of Law, Justice and Company Affairs in the Government of India led by Atal Bihari Vajpayee.

In 2004, he contested against Atal Bihari Vajpayee from the Lucknow in general election, but he lost.

He was also a member of the Committee on Personnel, Public Grievances, Law and Justice.

In 2010, he was given a Rajya Sabha ticket by Bharatiya Janta Party from Rajasthan, and he was selected. But in 2013 BJP expelled Jethmalani from the party for six years, for having made anti-party statements.

Later he nominated to the Rajya Sabha by Rashtriya Janta Dal in 2016, and he was elected from Bihar.

He loved to play Badminton. Even in the old age, he used to play to stay healthy.

Ram Jethmalani was a person who is known to speak his mind.

Ram Jethmalani took up several high-profile defense cases as a lawyer.
He won the “International Jurist Award” and “World Peace Through Law Award.”