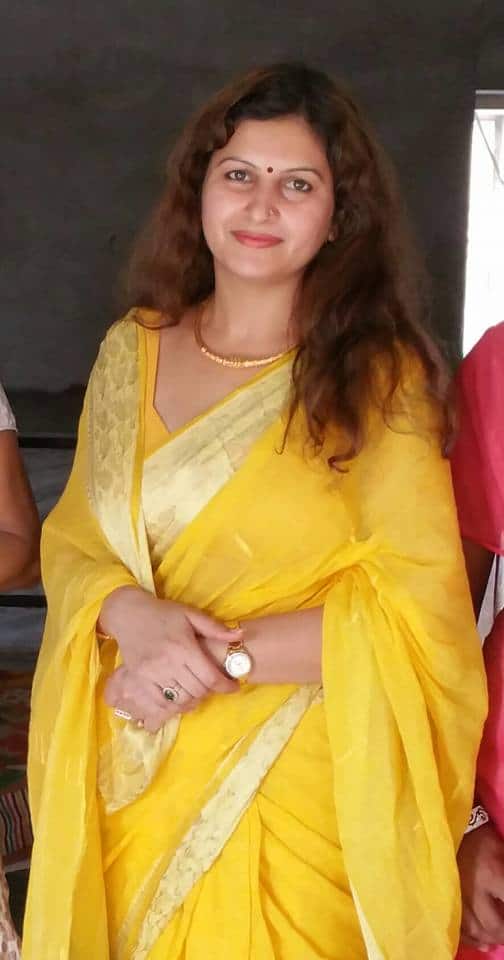 TikTok sensation and TV actress Sonali Singh Phogat is dominating on the internet these days due to became a BJP candidate for the upcoming Haryana assembly election 2019. She will contest against Congress leader Kuldeep Bishnoi. Sonali has been associated with BJP for the last 12 years. She is also the vice president of BJP Mahila Morcha of Haryana. Apart from politics, Sonali is very active on video-sharing app TikTok and continuously shares her videos on this app. Her followers are more than one lakh on TikTok, and The special thing is that since the BJP has given her a ticket, his followers have been steadily increasing.

Sonali Phogat belongs to Bhuthan, Fatehabad, and lives in  Hisar, Haryana, India. Her husband, Sanjay Phogat, was also a leader of the BJP, but he died under mysterious circumstances in 2016. Sonali has a seven-year-old daughter.

Sonali Phogat is a well-known personality on social media, especially on TikTok. She continuously uploads videos on her TikTok account. She has more than one lakh followers and increasing steadily day by day.

Sonali is also an actress. She worked on several TV serials, including Zee TV’s popular show “amma.” She played the role of nawab’s wife in this show. She was the last appeared in a web series, “The Story Of BADMASHGARH” (2019).

Sonali wanted to be an actress and started her career on screen by anchoring Haryanvi shows on Doordarshan.

As a politician, Sonali is a National Executive Member and State Vice President of BJP Mahila Morcha at Bharatiya Janta Party.

She is in-charge of scheduled tribe morcha in Delhi, Punjab, Haryana & Chandigarh.

Sonali got the ticket from Adampur constituency against a Congress leader Kuldeep Bishnoi.

In December 2016, She lost her husband. Her husband died at the age of 42 under mysterious circumstances in his farmhouse.