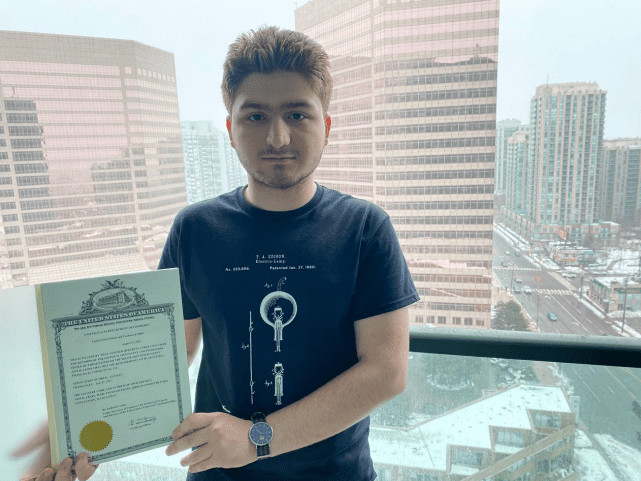 Erfan Nouraee is an Iranian inventor. He was born on September
13, 2001, in Tehran, Iran. Nouraee is known for his award-winning
invention which detects photoelectrons released from metal and
his Photon Detector System which won the 2016 Khwarizmi Youth
Award. Since 2020, he has attended York University as an
undergraduate. 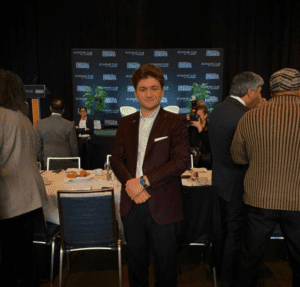 In 2017, Nouraee won Khwarizmi Youth Award both at provincial
and national levels for his invention of the Photoelectron particle
spectroscopy detector system.

The device relies on the photoelectric effect using a display to
show the particle’s radiation rates due to acceleration and its
other essential physical data. He received 3 scientific patent
approvals from top universities and filed his newest invention at
the United States Patent and Trademark Office.

Photon Detector System
In 2018, Nouraee invented a photon analyzer system for the
analysis and noise reduction of optical signals carrying digital
information. It is an optical fibre communication sensor that can
detect particles of light, and it solves a major issue in the optical
fibre industry.

Nouraee and his team competed at the national and international
robotics competitions. They received 3rd place in Taiwan,
Taichung for their sport robot in 2017 and 2018.

In 2020, Nouraee was selected among a competitive pool of
applicants as an Economic Club of Canada’s Young Leader
Delegate to participate in a conversation with President Barack
Obama. 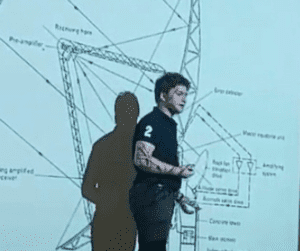 In 2021, Nouraee received the honorary title of Inventor or Inv
from the International Federation of Inventors’ Associations (IFIA)
as one of the United Nations Organizations. The Inv title is given
to an Inventor who has achieved the requirements including
having patents and wining multiple invention awards. Later that
year, he presented his invention at the IFIA’s invention
competitions and won a bronze medal in Geneva, Switzerland.

After winning the IFIA’s Award, many prominent Canadian
politicians, tech companies and government organizations
congratulated Erfan. Prime Minister of Ontario, Mayor of
Toronto and Ambassador of Canada to the UN, Government
of Canada, Federal Cabinet Ministers, Members of the Senate and
Parliament, MaRS Venture and Queen Elizabeth’s representative
in Ontario tweeted about his achievement and sent him
congratulations letters. 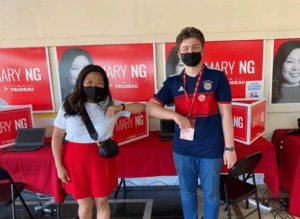