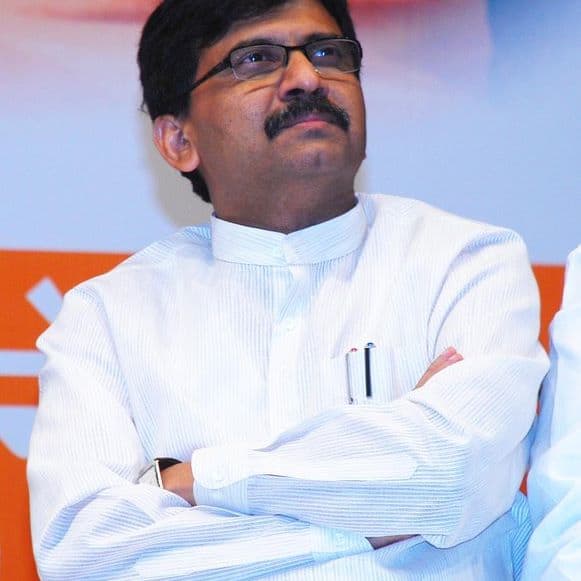 Sanjay Raut is an Indian Politician and a member of parliament from Maharashtra Rajya Sabha Constituency. Sanjay Raut is also the writer and executive editor of Marathi newspaper “Dainik Saamana.” He is the editor of Dainik Saamna for the past 30 years

Sanjay got married to Varsha Raut on 16 February 1993. They have two daughters.

In 2005, He became the leader and voice of the Shiv Sena Party.

He has also worked as a member of the Committee on Home Affairs and Consultative Committee for the Ministry of Civil AviationMember in October 2005 – May 2009.

From 2010- 2016, he has worked as a member of the Committee on Food Consumer Affairs and Public Distribution for the Ministry of Power.

Sanjay Raut is also a journalist and writer. Before becoming a politician, he was a crime reporter. He has also worked for Navshakti Newspaper, Indian Express Newspaper, and Lokprabha Marathi Newspaper.

Later he became the editor of Marathi newspaper “Dainik Saamana,” which is published by Balasaheb Thackeray (the founder of Shiv Sena party). Sanjay is the editor of Dainik Saamna for the past 30 years.

Sanjay is also a film producer. In 2019 he made a biographical film Thackeray (2019), which is written by him. This film is a biopic of Balasaheb Thackeray, the founder of the Indian political party Shiv Sena.

Sanjay is also connected from the Somvanshi Kshatriya Pathare community.

In April 2015, Sanjay came in controversies by saying the voting rights of Muslims should be revoked for some years to ensure the community is not used for vote bank politics.