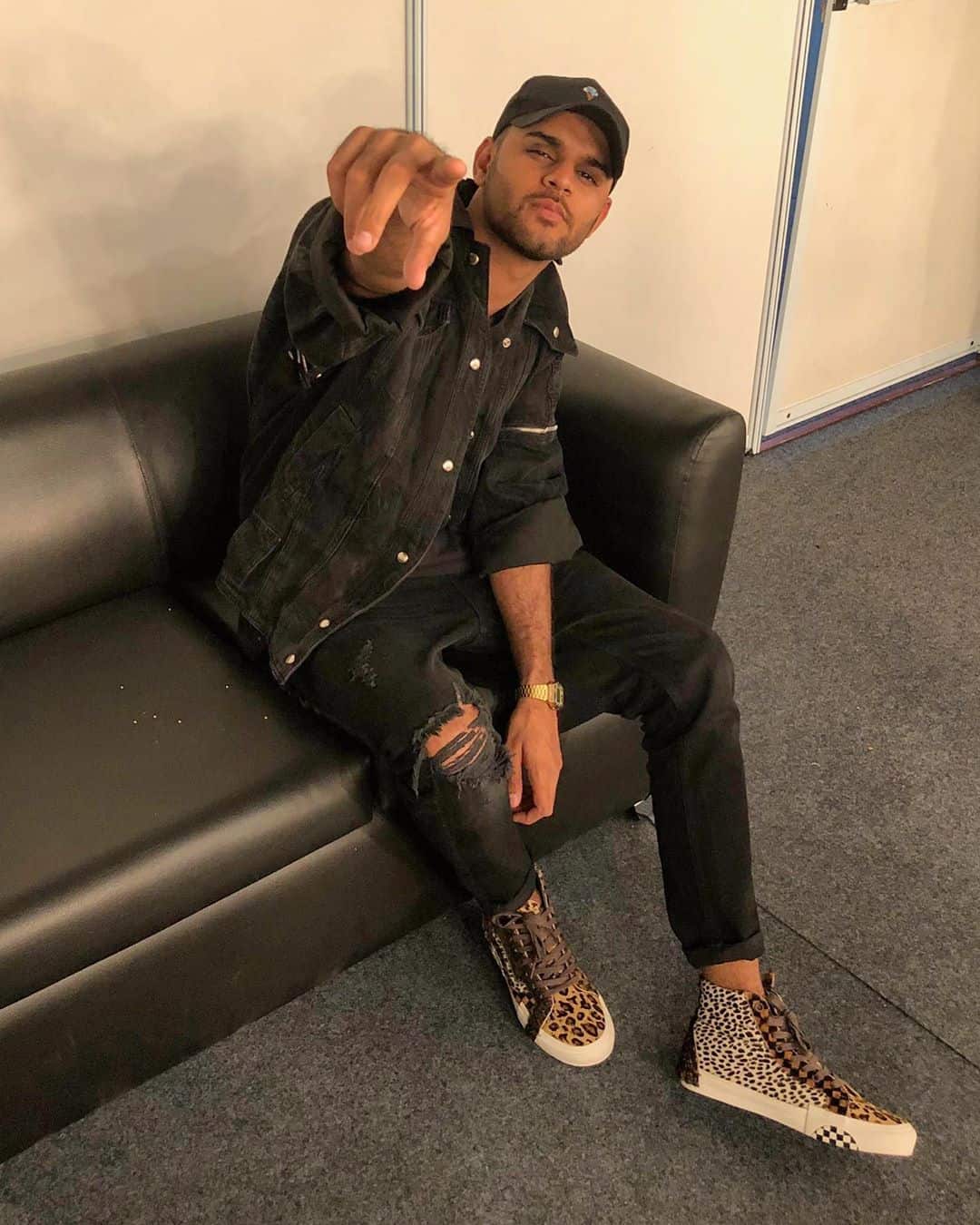 In the initial days of his career, he used to work in a bank at 4000 INR Per month.

He left his BSc nursing to chase his dream.

Then he shifted to the call center. He used to work night jobs for two years straight.

Sources say that he was a guard at an ATM for one week as well.

His father passed away in an accident on 31st December 2017.

He has his brother and his mother in his family now.

Karma, aka Vivek Arora, was born and brought up in Dehradun, Uttarakhand, India.

Vivek started his career as a rapper in 2017. He published his first rap song ‘Agar Main Haara’ on 1 February 2017 on his youtube channel.

On 13 April 2017, he uploads his next rap song ‘MASTAK PE DASTAK’ on his YouTube channel.

Vivek used to work in a concert room in Deharadun, where he met first-time to Indian Rapper Raftaar during his night shift job. When Raftaar heard the rap song of Vivek, he was impressed by Vivek’s music and gave him a chance.

On 26 November 2017, Raftaar called him to come to Delhi for a project.

After he signed in a project with Raftaar, Vivek turned into Karma.

Karma and Raftaar worked together in popular music videos, including Main Wahi Hoon (2019). It crossed 34 million views on YouTube.

Vivek also participated in Mic Check by AK Projects, where he performed his rap song ‘1 Se 23’ on 1 January 2017.

Vivek used to write poems and rhymes while in his childhood. He wrote his first rap in his school on his school friends.

Vivek is entirely inspired by American Rapper Eminem. In his childhood, Vivek used to listen to songs by Eminem.

Initially, Vivek has struggled very much due to lack of money. He was also disappointed when his views were less than expected. But he did not give up.

Currently, Vivek, aka Karma, is working on his first EP – Newcomer [NUKE-AMAR]. His first track, “Swagat Hai,” of EP is published on 2 October 2019.

Track list – Newcomer. This is the first time I am feeling nervous about any project. I mean I am very much confident about the love you guys have for me but is it really gonna be upto the mark? I have questions rising everyday in my mind. This Ep is something very unique for Indian Hip Hop. A bit of experimental but important I guess. Working pretty hard. Hope you guys will accept it. #dehradunkamerakhoon #newcomer @raftaarmusic @akprojekts @kalamkaarmusic @deepkalsimusic @onedigitalentertainment