Ranu Mondal is a woman who is dominating on the internet these days. She was a street singer in Ranaghat City, West Bengal, India. She became famous after her singing videos went viral on social media. People are calling her as “Kolkata’s lata Mangeshkar.”

In July 2019, a person named Atindra Chakraborty recorded Ranu’s song “Ek Pyaar Ka Nagma Hai” on the Ranaghat station and shared it on his social media. That video went viral on social media and liked by many people. When Bollywood singer Himesh Reshammiya saw this video, he got impressed by Ranu’s song and offered her an opportunity to sing in his studio.

A few days ago, Ranu Mandal was fascinated by the bread of two times and did not have a house to live. Now her bad days are over.

Ranu Mandal became a superstar overnight by singing at a railway station in West Bengal. Before came in fame she was used to singing because of her poor conditions.

That guy who recorded Ranu’s song is a software engineer who lives in Ranaghatin West Bengal. He has been with her since she got fame.

Ranu is one of the biggest fans of Bollywood singer Lata Mangeshkar. And she used to sing Lata’s song mostly.

Ranu is a married woman. Her husband name is Bablu Mondal. They have a sister named  Sati Roy. Sati is divorced now.

Ranu got free makeup service in a beauty parlor after became popular.

The government also decided to contribute her to overcome her poor condition.

Now Ranu has participated in the television show Superstar on Sony Entertainment Television channel. She has also recorded a song “Teri meri Kahani “with singer Himesh Reshammiya for his new movie “Happy Hardy and Heer.”

Recorded teri meri kahani my new song from happy hardy and heer with the very talented ranu mondal who has a divine voice , all your our dreams can come true if we have the courage to peruse them , a positive attitude can really make dreams come true , thanks for all your love and support 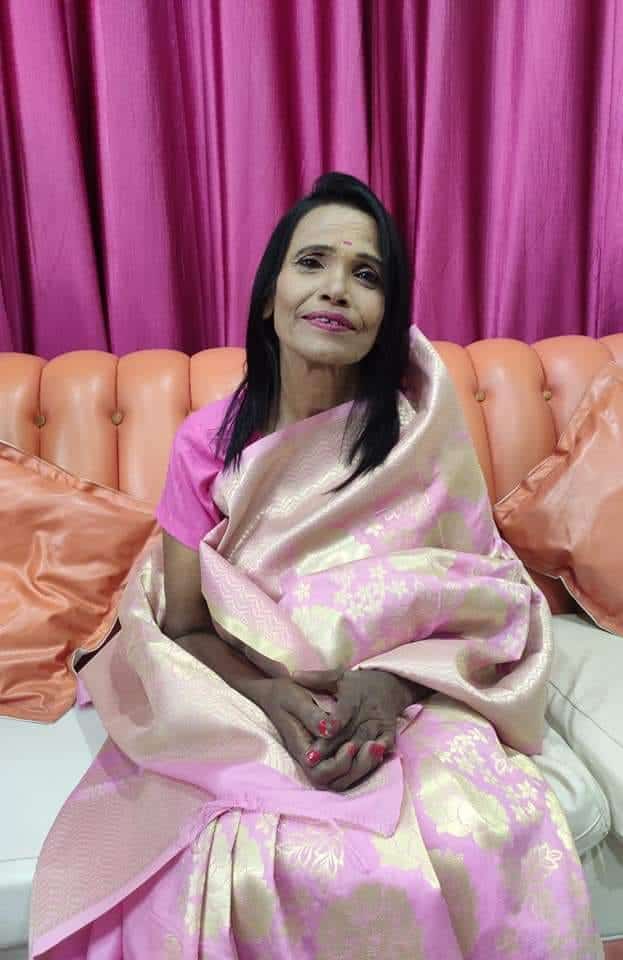