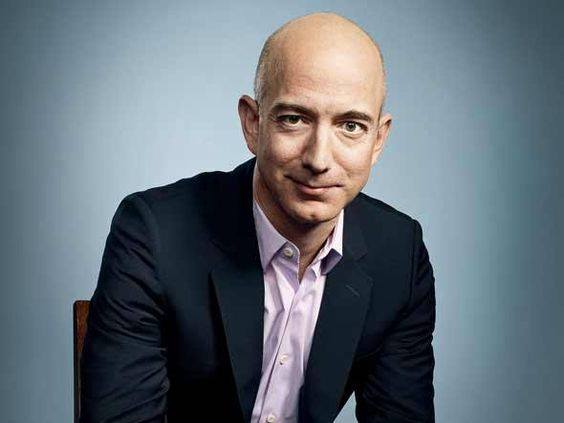 Jeff Bezos is the most famous American aerospace and internet entrepreneur, investor, and media proprietor. He is best known for founding and leading Amazon as its president and chief executive officer (CEO). Jeff Bezos is also the owner of the Washington Post and founder of the space exploration company Blue Origin.

Let’s read more about Jeff Bezos and his personal life information, including his age, family, marital status, wife, and more.

Jeff Bezos’s birth name is Jeffrey Preston Jorgensen, but he is famous as Jeff Bezos. 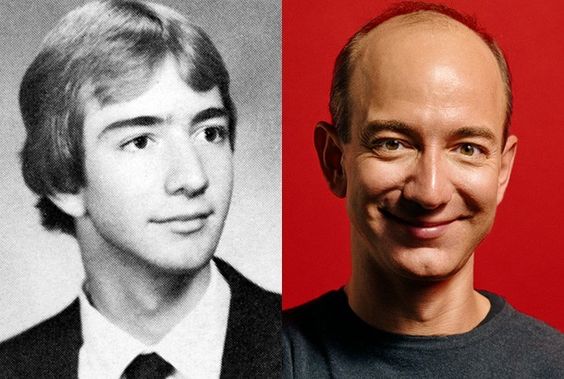 Jeff Bezos’s father’s name is Ted Jorgensen, and his mother’s name is Jacklyn Gise Jorgensen. Jeff’s father was a circus performer, but due to the habit of drinking alcohol, he could not hold on to his job for long. When Jeff was just three years old, his parents were divorced because of his father’s alcohol issues.  Later her mother, Jacklyn Gise, remarried Mike Bezos in April 1968, when Jeff was four years old. Jeff has a stepbrother Mark Bezos.

Jeff Bezos married to MacKenzie Sheri Tuttle in 1993. They were first met in new york city in 1992, and after year they married. MacKenzie is an American novelist and philanthropist. The couple has four children, three sons, and one adopted daughter. In January 2019, they divorced. After divorce, Jeff gave four percent of his company to his ex-wife MacKenzie Bezos.

Jeff studied in  River Oaks Elementary School in Houston. Then he went to  Miami Palmetto High School in Miami, Florida. Jeff was a high school valedictorian, a national merit scholar, and a silver knight award winner in 1982. Jeff completed his graduation from   Princeton University in 1986.  Later he completed engineering in electrical and computer science.

Jeff Becoz is one of the most popular and richest entrepreneurs and investors. According to Forbes, Jeff Bezos is ranked on #1 in the list of world’s richest people with a net worth of $115.6 billion.

Jeff Bezos Biography & Some Other Lesser Facts About Jeff Bezos

Jeff Bezos started his career in 1986 after completing his graduation from Princeton University. He started working at Fitel, a fin-tech telecommunications start-up, where he was tasked with building a network for international trade. Later he became the head of development and director of customer service.

Then in 1988, Jeff started working at the Bankers Trust as a product manager. He worked there for two years.

Later in1990, he joined D. E. Shaw & Co, a newly founded hedge fund with a strong emphasis on mathematical modeling. In 1994 he became D. E. Shaw’s fourth senior vice-president at the age of 30.

In the same year, 1994, Jeff left his D. E. Shaw’s job and established his own online bookstore in his garage. He named it Cadabra, but later, he changed its name to Amazon.

After the success of Amazon in a few years, he decided to expand the variety of products of Amazon. In 1998, Jeff expanded into the online sale of music and video. And at the end of the same year, he added the varieties of products of consumer goods. In October 2013, Amazon was recognized as the largest online shopping retailer in the world. 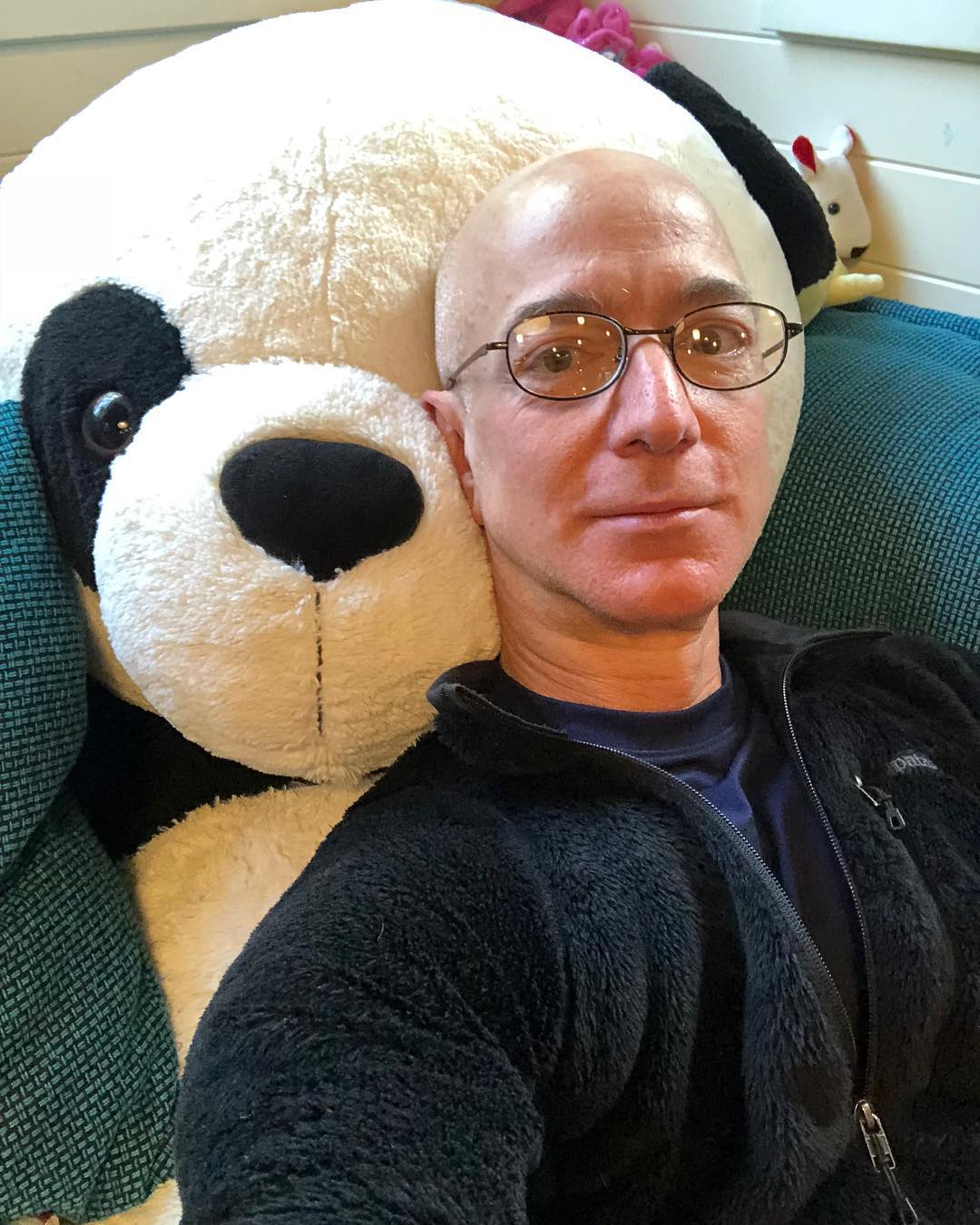 In November 2007, Jeff launched the Amazon Kindle, which is designed to browse, buy, read and download e-books, newspapers, and magazines.

Apart from Amazon, In September 2000, Jeff Bezos established an aerospace manufacturer company and suborbital spaceflight services company named Blue Origin. He was interested in space travel and the development of human life in the solar system since his school time. This company mainly develops technologies to lower the cost of space travel to make it accessible to paying customers.

In August 2019, The National Aeronautics and Space Administration (NASA) announced – the company  Blue Origin was one of the among 13 companies that were selected to collaborate on 19 technology projects to reach the moon and mars.

Jeff Bezos became the first man to have a shuttle cargo and people to the moon commercially.

On 5 August 2013, Jeff Bezos purchased The Washington Post, (American daily newspaper of Washington). He paid $250 million in cash for this newspaper.

Jeff did his first job at McDonald’s as a short-order line cook during the breakfast shift while he was in high school.

As a philanthropist, Jeff donated to various charities and non-profit funds, including an Innovation Center at the Seattle Museum of History and Industry and the Bezos Center for Neural Circuit Dynamics at Princeton Neuroscience Institute.

In March 2017, Jeff and his family made the record-breaking $35 million donations to Fred Hutchinson Cancer Research Centre. Bezos and his family have been quiet supporters of the Fred Hutch center for years.

Jeff was one of the first shareholders who invested in Google.

In December 2013, Jeff Bezos announced the news of releasing the “Amazon Prime Air” service. In this service, orders can be delivered to the customers by using Drones. These drones are able to pick up items of weighing up to five pounds and able to travel within a 10-mile distance of the company.s distribution center.

In the year 1999, Jeff named in Person of the year in Time magazine.

In March 2003, Jeff Bezos was slightly injured after his helicopter crashed in southwest Texas. According to the news, The helicopter was crashed shortly after taking off from the airport in the south of Alpine, Texas. There were three more passengers, including pilot in the helicopter.

Apart from being a businessman, Jeff Bezos is also an actor. You can see him dressed up as an alien in the movie “Star Trek Beyond.” He played a cameo role in the film. According to an interview, Jeff Bezos has been a “Star Trec” fan since his childhood.

Jeff Bezos said in an interview that he was highly inspired by the voice-enabled computers on the show, which led him to create the Amazon Echo speaker and the Alexa Voice recognition agent.

In recent, January 2020, Jeff Bezos visited in India. He met lots of people, including famous personalities and local entrepreneurs.

On 20 January 2020, Jeff Bezos announced via Twitter that Amazon would roll a new fleet of electric delivery rickshaws in India. It will eliminate single-use plastic from its fulfillment network by June 2020.

Also, keep visiting “YourWikis.com” for the biographies and wikis of different “Entrepreneurs” around the world.