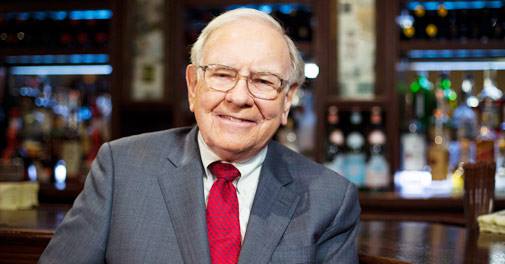 Warren Buffett is the most famous, richest, and respected American Entrepreneur, Investor, and Philanthropist. He is the Chief Executive Officer (CEO) and chairman of Berkshire Hathway Inc. He is best known as “Oracle of Omaha” and #3 richest person in the world.

Let us read more about Warren Buffett and his personal life information, including his age, family, marital status, hobbies, and more.

Warren Buffett’s full name is Warren Edward Buffett, and his nicknames are Warren, Oracle of Omaha, Sage of Omaha.

Warren Buffett got married to Susan Thompson Buffett in 1952 at Dundee Presbyterian Church. They have three children Susan Alice Buffett (Susie), Howard Graham Buffett, and Peter Andrew Buffett. This couple started living separated In 1977 but did not divorce, and in 2004 Susan died. In 2006, Warren remarried to his longtime companion Astrid Menks.

Warren Buffett went to Rose Hill Elementary School in Omaha. Later he moved to Washington with his family. There he took admission in Alice Deal Junior High School. Then he attended Woodrow Wilson High School and completed his graduation in 1947.

Since Warren developed his interest in business and investment, he took admission in the Wharton School of the  University of Pennsylvania to study business. Later in 1950, Warren joined the  Alpha Sigma Phi Fraternity.

At the age of 19, Warren completed graduation in Business administration from the University of Nebraska. Now Warren wanted to take admission in Haward business school, but he was rejected. So he enrolled in Columbia business school of Columbia University. In 1951 he earned a master’s degree in Economics.

And then he went to New York Institue of Finance.

Warren Buffett is renowned as one of the most successful investors of all time. According to Forbes, Warren Buffet is the world’s third-richest person, as in the year 2020.

Warren Buffett developed his interest in business and investing at a young age when he was about 7-8 years old. He was highly inspired by the book One Thousand Ways to Make $1000, which he borrowed from Omaha Public library.

Initially, when he was in high school, he started doing his business ventures by selling chewing gum, coca-cola bottles, and weekly magazines, delivering newspapers, detailing cars, selling golf balls and stamps. He also worked in a grocery shop of his grandfather.

In 1945, Together with a friend, he purchased a pinball machine of 25$. They kept that pinball machine in a local barbershop, and within the months, they placed several machines in three other barbershops across Omaha. But later a year, they sold this business to a war veteran.

Since his father also a businessman & an investor, Warren was interested in the investing & stock market. He used to spent his day in the customer lounge of a regional stock brokerage near his father brokerage office.

At the age of fourteen, he invested in his father’s business and bought a 40-acre farm by $1200 of his savings.

Then from 1956 to 1969, Warren worked as a general partner at Buffett Partnership Ltd, and in 1970 he became chairman and chief executive officer (CEO) of Berkshire Hathaway Inc.

Before becoming a CEO, Warren also used to teach an “Investment Principles” at the University of Nebraska-Omaha in the night shift. He also taught those students who were more than twice his age.

After gaining a lot of success and experience, Warren started writing articles, including his annual reports and various motivational articles. He is also recognised as a great storyteller by communicators. His speeches are known for mixing humour.

Apart from being a businessman and investor, Warren is also a bridge player, and he plays with fellow fan Gates. He sponsored a bridge match for the Buffett Cup in 2006.

He also likes watching football, and he is a very dedicated & lifelong follower of the Nebraska football team. He attends as many games as his work schedule allows. 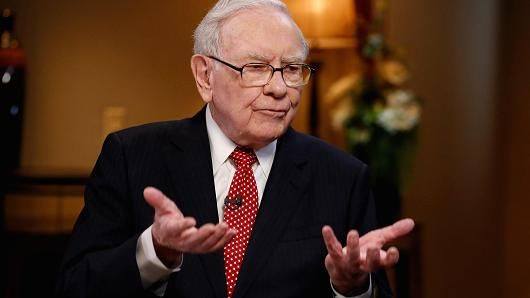 As a philanthropist, Warren donated 85 % of his entire fortune to the Bill and Melinda Gates Foundation in June 2006, and Warren is known as one of the most generous philanthropists in the world, and he has donated more than $48 billion since the year 2000.

In August 2010, Warren and Bill & Melinda Gates launched The Giving Pledge, asking billionaires to commit to donating half their wealth to charitable causes. Forty of America’s wealthiest people instantly joined together in a commitment to give the majority of their wealth to address some of society’s most pressing problems.

Warren was awarded by the highest civilian honour, the Presidential Medal of Freedom by former President Barack Obama on 16 February 2011.  He was honoured by this award because of his philanthropic donations. 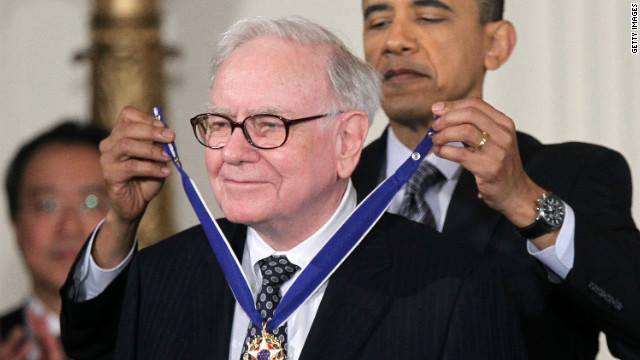 Warren likes to reading even he starts his day by reading the newspaper and spends around 80% of his day reading. He said that “he reads 500 pages of the stack book every day, that’s how knowledge works. It builds up like compound interest.”

As an author, Warren published a book named “The Essays Of Warren Buffett” in April 2001. Later in April 2008, he published its second part.

There are various books has been published on Warren Buffett including Tap Dancing to Work: Warren Buffett on Practically Everything, 1966-2012: A Fortune Magazine Book.,  Warren Buffett Speaks Wit and Wisdom from the World’s Greatest Investor,  “The Guru Investor: How to Beat the Market Using History’s Best Investment Strategies,” Buffett, Making of an American Capitalist, The Warren Buffett Way, etc.

Warren Buffett is renowned as The Oracle of Omaha because the investment community follows his investment tips and comments on the market.

Warren eats coca-cola and ice-cream every day. He said in an interview with Fortune that he is”one-quarter Coca-Cola. If I eat 2700 calories a day, a quarter of that is Coca-cola. I drink at least five 12-ounce servings every day. He takes a sweeter approach and indulges in a bowl of ice-cream to start his day.

Warren also likes to play the Ukulele, which he learned to play to impress her crush on a local Omaha girl Bett Gallagher when he was 18 years old. You can catch him performing at meetings and during interviews and conversations.

Also, keep visiting “YourWikis.com” for the biographies and wikis of different “Entrepreneurs” around the world.