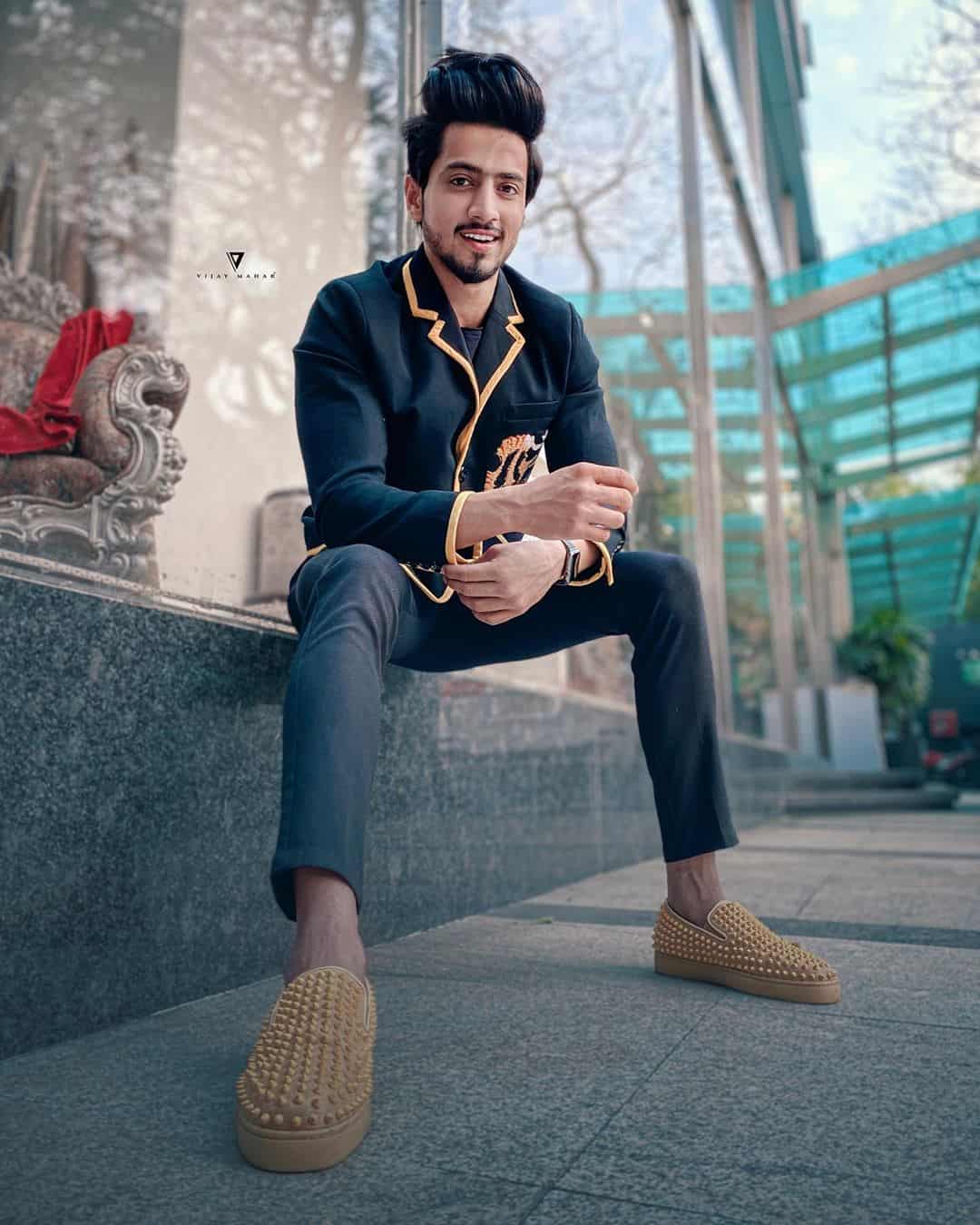 Mr. Faisu is one of the famous Indian Tik-Tok star as well as an actor, model, fashion blogger, and influencer. His real name is Faisal Shaikh, but he is renowned as Mr. Faisu. He was Born on 5 October 1994 in Mumbai, Maharashtra, India, and his age is 25 years old (as in 2020).

Mr. Faisu is very popular in India because of his lip-syncing and entertaining videos, which he uploads on the world’s most popular engaging app TikTok. So let’s talk about Mr. Faisu and his some interesting facts.

Mr. Faisu, aka Faisal, was born on 5 October 1994 in Mumbai, Maharashtra, India. He belongs to a Muslim family.

Mr. Faisu has his parents and two siblings in his family. He loves his family, but he is very closer to his mother. He has an elder sister (married) and a younger brother. His brother is also a TikTok star, but he not so much popular as Faisu.

We don’t have any more information about his family, but whenever we collected the data, we will update you soon.

Also, we having are their pictures, which are given below. 🙂

Currently, Mr. Faisu is unmarried, but according to some news, Mr. Faisu is dating Jannat Zubair. She is a Television Actress, Model, and Tiktok Star. You can see them together in various music videos and their TikTok videos. They also appeared on vacation together, even they known as the most famous duo/couple because of their lovely chemistry.

Mr. Faisu had a passion for acting since his childhood.

He is at the peak of today, because of his talent that nobody has ever been in this profession in his family.

Faisal was born and brought up in Mumbai. He completed his schooling from IES New English School, Bandra, Mumbai, India.

Then he completed his graduation from Rizvi College of Arts, Science, and Commerce college in Mumbai.

While he was in college, he formed a team with four of his friends and named it Team 07. Soon he started creating entertaining videos on TikTok with his group.

He and his group ‘Team 07’ started getting the attraction of people and became the most searched personalities. He made a place for himself in the hearts of people through his acting, look, and attractive style.

Faisal loves to spend time with his friend circle. He has five members in his group, including him, and they are Hasnain Khan, Adnaan Shaikh, Faiz Baloch, and Shadan Farooqui.

He is a bike lover too. He likes bike riding, and KTM is his favorite bike.

Traveling is one of his hobbies. He loves to travel, and he goes on vacation with his team 07 and girlfriend. 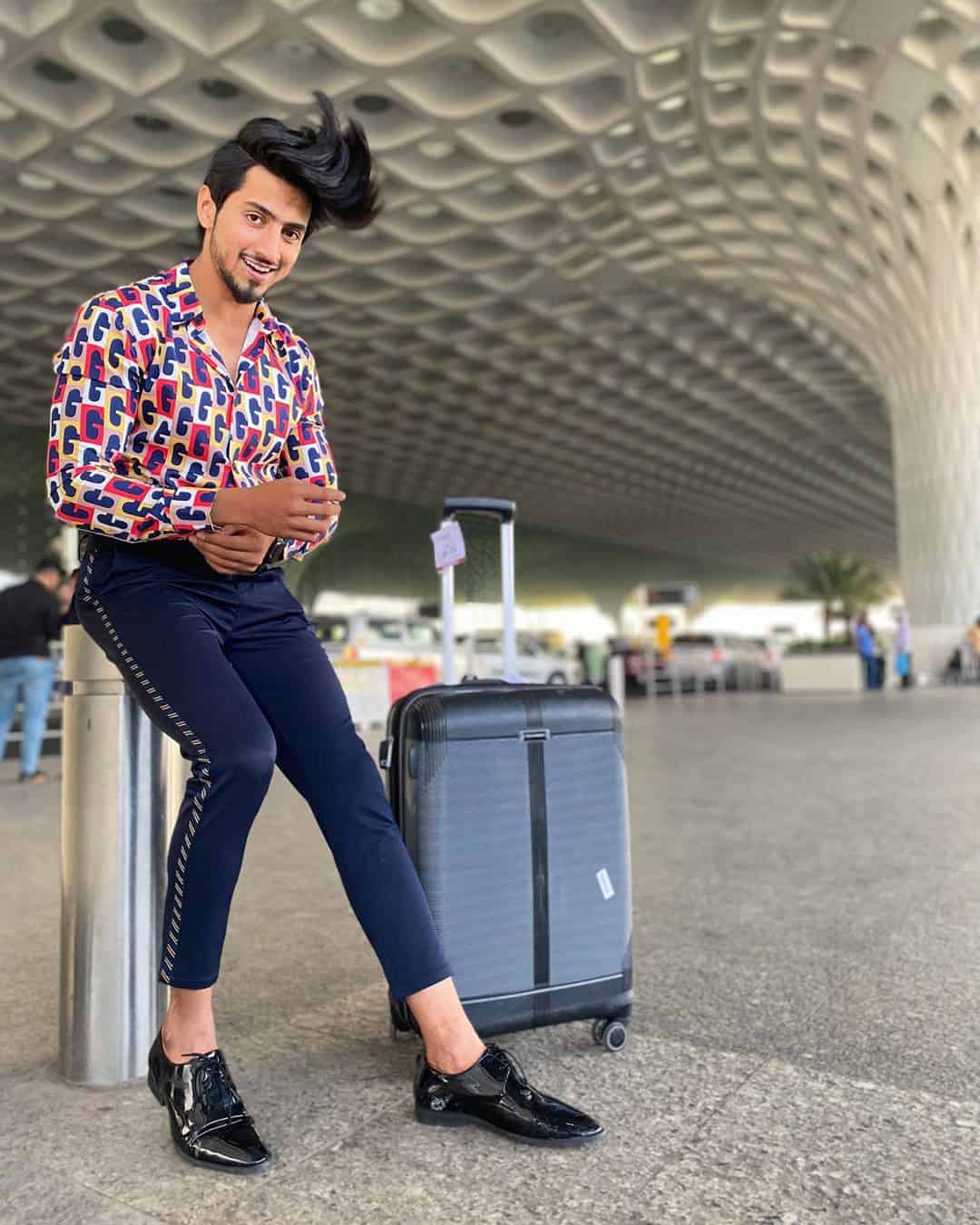 As a model and influencer, Faisu is also a fitness freak. He has a well maintained muscular body, and the secret is he never skips his gym and exercises.

Mr. faisu has a huge fan base all over his social media. In recent, he got 10+ million followers on his Instagram. Even he won the Most Popular Social Media Star Award in November 2019.

Faisu is also a Fashion influencer and blogger. He is a style icon for his million fans, and even he won the award for his Styling personality in November 2019. He also awarded by best SOCIAL MEDIA INFLUENCER in July 2019.

International style icons of the year . ( It’s Hard, Not to Fail, but, there is Always a Chance of Success. Of course, there is No Chance of Success, if You didn’t Try ) . Pic editing @vijaymahar . #keepgoing #keepmotivating #faisusquad❤️ #kbye

Faisal became popular through the world’s most popular entertaining app TikTok. But he also came in controversy due to which TikTok Team suspended the Faisal’s account. In 2019, Mr. Faisu (leader of the group) had posted a TikTok video with his team members in which he was saying that “Innocent Tabarez was killed, But if Tabrez’s son grows up and takes revenge, then Muslims should not be called terrorists.”

Later, Faisu and Team07 apologized for their video and said that they had no intention of hurting anyone’s feelings.

After became famous, Faisu made his debut in Punjabi music video song Tere Bin Kive by Punjabi singer Ramji Gulati in august 2019. He appeared with Jannat Zubair in this music video.

Later he did several more music videos with Jannat Zubair and other actresses.

Who is Mr Faisu ?

Mr. Faisu aka Faisal Shaikh is the most popular Indian TikTok star as well as a model and influencer.

When is Mr Faisu birthday ?

How old is Mr Faisu ?

Where does Mr. Faisu live ?

No, Mr. Faisu isn't married yet.

How did Mr Faisu become famous ?

Mr. Faisu became famous when he started uploading his entertaining videos on TikTok.

You can connect with Mr. Faisu by following him on his social media or contact him through his provided contacts himself.