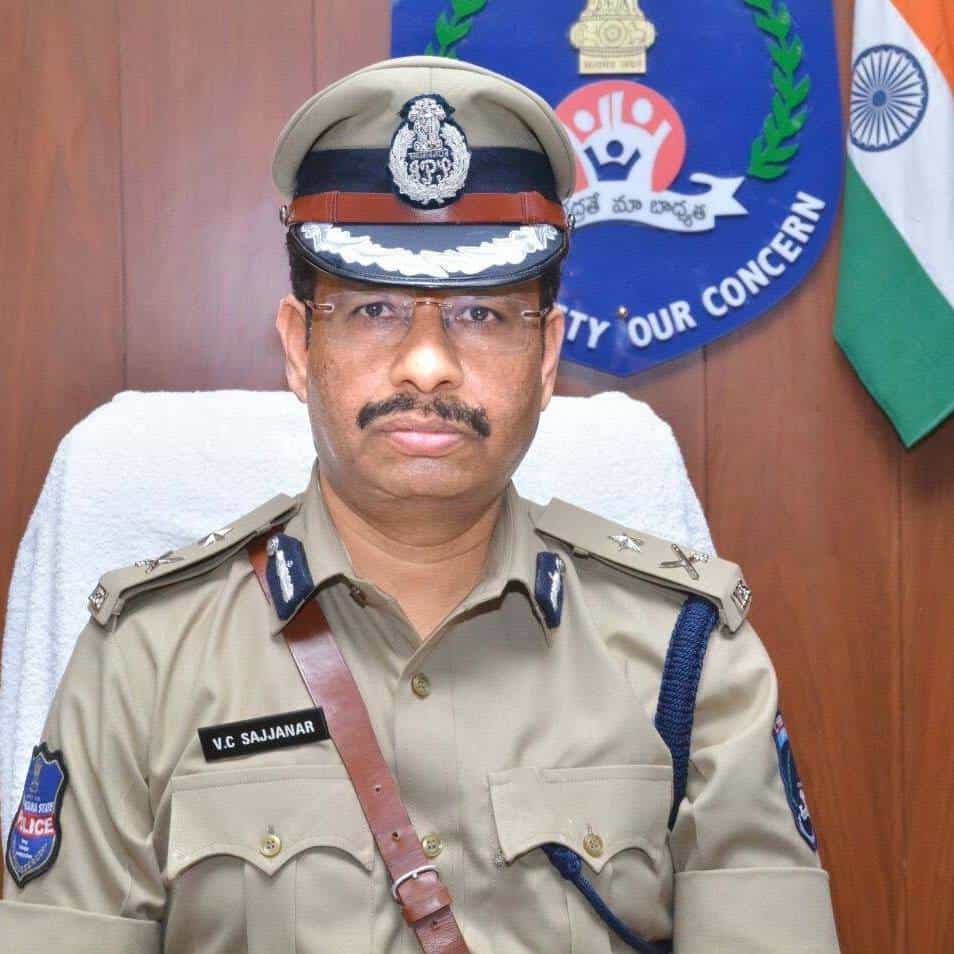 VC Sajjanar is an IPS, Commissioner Of Police, Encounter Specialist from Hyderabad, India, He is recently capturing the headlines of media channels after shotting dead the four accused of Disha Case 2019 (Dr. Priyanka Reddy Rape & Murder case) in an encounter.

The Encounter happened on Friday around 3 to 3:30 AM early in the morning On NH-44, which was the same place where Dr. Priyanka Reddy’s charred body was found.

All four of the suspects of gang rap and murder case of Dr. Priyanka Reddy were killed in a police encounter on Friday. The suspects were trying to escape during the investigation, which was when the police officials took the extreme step. 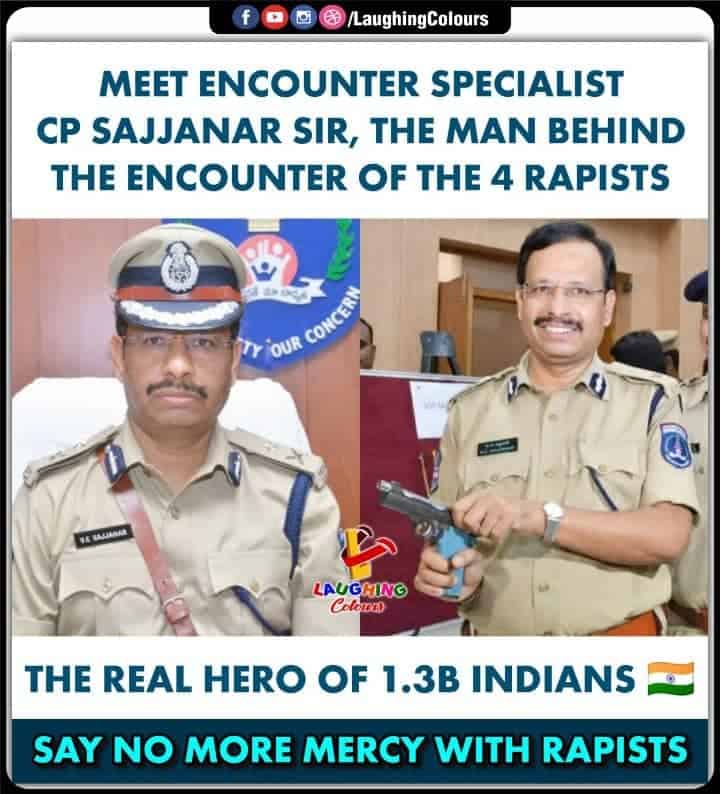 VC Sajjanar, Commissioner Of Police, Cyberabad, stated that all the four accused had been encountered by Hyderabad police on NH-44.

VC Sajjanar’s real name is Vishwanath Sajjanar; however, he is famous among the public by the name VC Sajjanar. 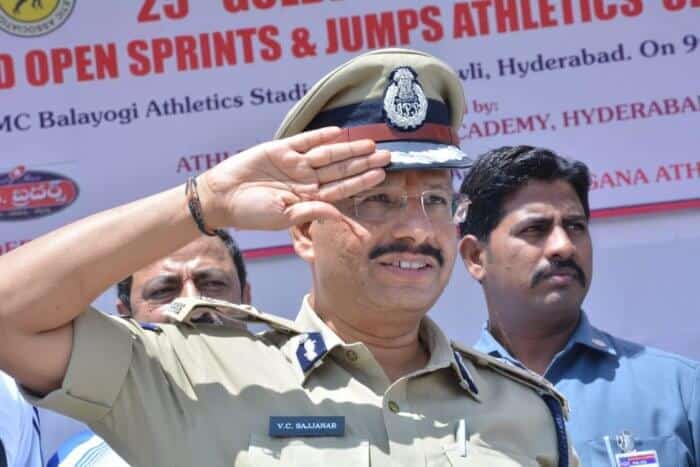 Currently, he lives in Hyderabad, India.

He did his schooling from Adhiyaman Government Boys Higher Secondary School.

And he did graduation with MBA from Anna University.

Hyderabad: Shoot dead at the same where the Disha charred body was found

Lady Veterinary doctor’s gang rape on the night of 27 November on NH 44, in Hyderabad. On the same highway, the Telangana Police has an encounter with the four accused. The Hyderabad police had taken all the four accused to the scene so that the incident could be recorded. This incident took place on Friday morning. Significantly, there was a lot of anger in the whole country about this incident. The accused were being demanded immediate punishment. Watch the video.

Addressing a press conference on Friday’s encounter, Cyberabad Police Commissioner VC Sajjanar said the four accused in Hyderabad veterinarian rape and murder case were taken to crime spot to check for a secret phone. He added the accused started pelting stones at the police and snatched their weapons. The accused opened fire and were killed in cross-firing, he said.

In an interview, the father of one of the accused in the gangrape and murder case of the 27-year-old Hyderabad veterinarian said, “I accept what the police have done (the murder of the four accused).” “Only after you spoke, we came to know that they were shot dead … why the police have not done the same to those who have raped many times,” he said.

VC Sajjanar started his career as an Assistant Suprident of police of Jangaon in Telangana.

Before posting in the Intelligence wing, VC Sajjanar was in the rank of Superintendent of Police with OCTOPUS and Economic Crime Branch (CID).

V.C Sajjanar was already into the media headlines for his encounter action in the Warangal Acid attack of 2008.

He is a retired IG who has had a chance to work for the Special Intelligence Department. Although while he was working as an IG, he got recognition for shooting underworld Mumbai’s Nayeemuddin, who was a Naxal lead.

He had shot down more than 80 gangsters of the Mumbai underworld.

People are celebrating the Justice, that has been served by Telangana Police. All the four accused were shot dead in a police encounter..! #JusticeForDisha #JusticeForPriyankaReddy #Encounter pic.twitter.com/mxzdqMspCb