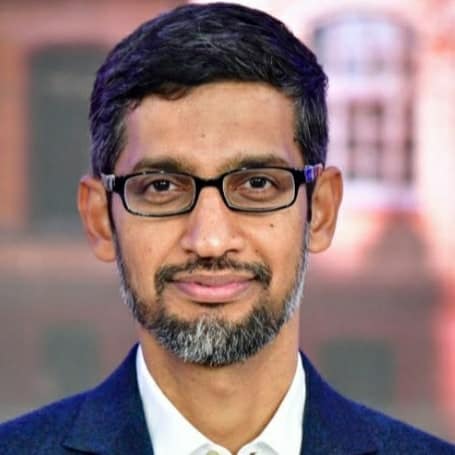 Sundar Pichai or Pichai Sundararajan is an Indian Cheif Executive Officer (CEO) of Alphabet Inc. and its subsidiary  Google LLC. Sundar Pichai joined Google as a product management executive in 2004  and also helped in developing the Google Chrome Browser. Now he came in the list of world’s highest-paid CEOs.

Sundar Pichai was born on 10 June 1972 in Madurai, Tamil Nadu, India. His father, Regunatha Pichai, was an electrical engineer at GEC, the British conglomerate, and his mother, Lakhsmi Pichai, was a stenographer. He has a younger brother Srinivasan Pichai. Sundar is married to Anjali Pichai. They have a son and a daughter.

He was born in Madurai, Tamil Nadu, but grew up in Chennai with his younger brother, where they lived in an apartment of two rooms.

He studied till class 11th in Jawahar Vidyalaya (Central Board of Secondary Education school) in Ashok Nagar, Chennai. He completed 12th from Vana Vani school in the Indian Institute of Technology Madras.

Later he did metallurgical engineering from the Indian Institute of Technology Kharagpur. He completed material sciences and engineering from Standford University and MBA from Wharton School of the University of Pennsylvania, where he was named a Siebel Scholar and a Palmer Scholar, respectively.

Sundar went to the USA by the money of his scholarship because his father was not unable to pay all the expenses.

Sundar Pichai started his career as an engineering and product management at Applied Materials after completing his studies.

In 2002 he joined McKinsey & Company as a management consultant.

In April 2004, Sundar joined Google through an interview. There he started work as the product management and innovation efforts for a suite of Google’s client software products, including Google Chrome, Chrome OS.

After the success of Google Chrome, he started working on various products & applications such as Google Drive, Gmail, and Google Maps.

On 10 August 2015, Sundar was appointed as Chief Executive Officer(CEO) of Google.

In December 2019, he became the Chief Executive Officer (CEO) of Alphabet Inc. 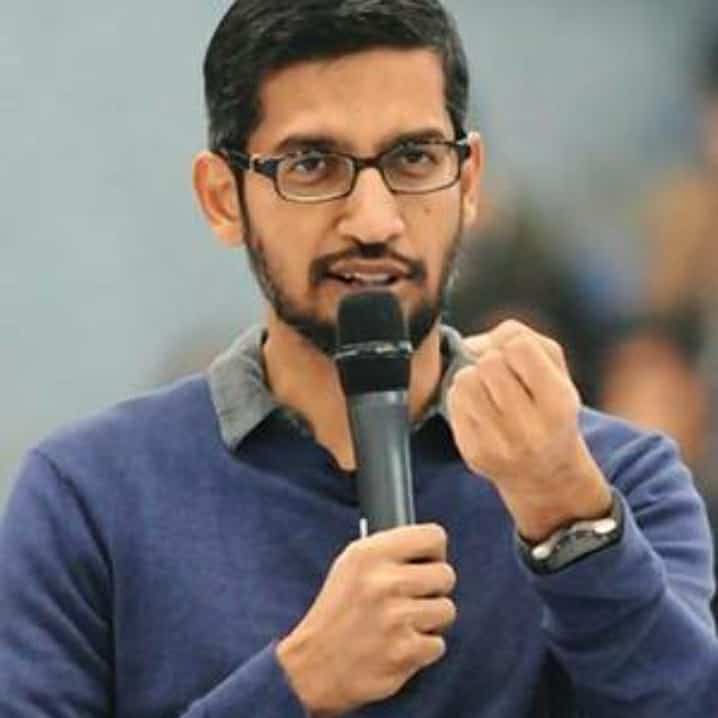 Sundar loves cricket, and he wanted to become a cricketer in his childhood. His favorite cricketers are Sunil Gavaskar, Sachin Tendulkar, and Virat Kohli.

He also likes soccer. His favorite soccer player is Lionel Messi, and the team is FC Barcelona.

When Sundar was 12 years old, his family bought a rotary phone the first time. As a teenager, he developed a unique talent to remember any dialed phone number and became a walking phone diary for his family and relatives. Later he got his interests in technologies.

He wrote his first software program to create a chess game. 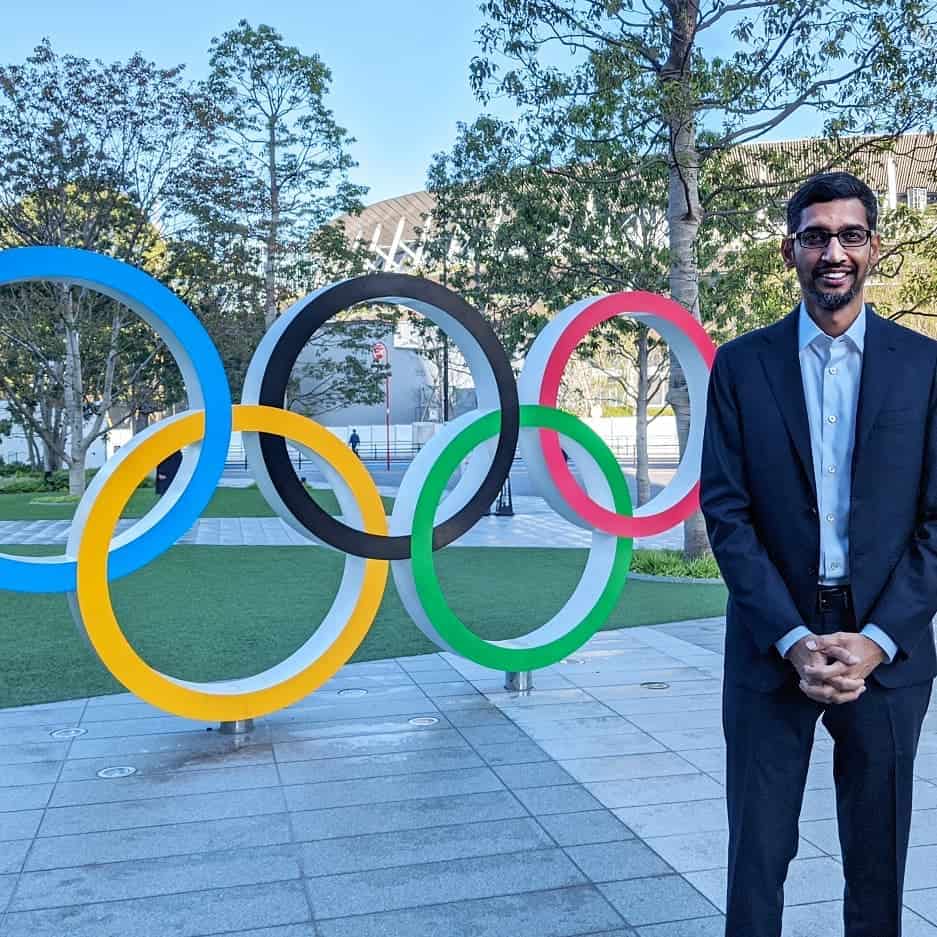 Sundar has also been suggested as CEO of Microsoft in 2014, but eventually, this position was given to the Satya Nadella.

In December 2017, Sundar was a speaker at the World Internet Conference in China. There he spoke that – “a lot of work Google does is to help Chinese companies. There are many small and medium-sized businesses in China who take advantage of Google to get their products to many other countries outside of China.”

His father, His father, also had a manufacturing plant that produced electrical components.

His Role model is N.R. Narayan Murthy ( co-founder of Infosys)

In August 2015, a television documentary, The Android King: Sundar Pichai (2015), was launched.