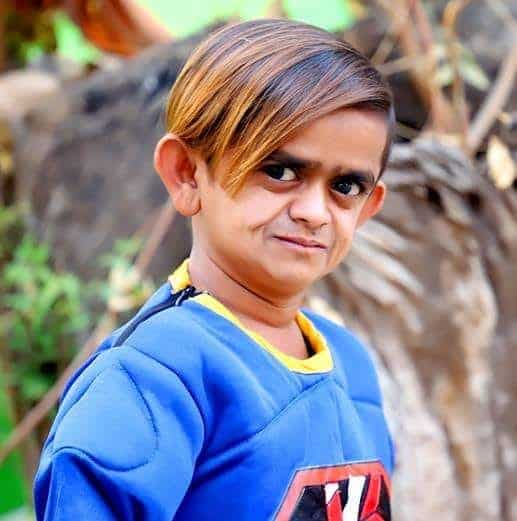 Shafeeq Chotu, aka Chotu Dada, is one of the most famous YouTuber, comedians, and Social Media personalities from India. His actual name is Shafeeq Natya, but he is renowned as Shafeeq Chotu or Chotu Dada. He usually makes comedy videos and short films on Youtube.

So if you know more about this most popular YouTuber Chotu Dada, then please keep reading below;

Shafeeq was born to a Muslim family. He has not disclosed his family member’s information yet, but We will update you with more details as soon as we get it.

Shafeeq is officially unmarried and not in any relationship right now. According to some news, he is silently linked with someone in, but he has not revealed her name.

Shafeeq Natya was born on 25 November 1991 in Malegaon, Maharashtra, India. Currently, his age is 29 years old.

Since Shafeeq has a short height, he got the name Chotu by the villagers. They also made fun of his small size because of it; he was utterly disappointed with his life.

Shafeeq completed his schooling from the Government School in Malegaon, Maharashtra.

In 2016, Shafeeq got the chance to do work with a YouTuber Mr. Wasim Anjum, who lives in the same village, Malegaon, Maharashtra.

He asked to Shafeeq to work with him and became a hope in Shafeeq’s life.

In February 2017, Shafeeq started making videos, and Soon people started liking the acting of Shafeeq Chotu, and he became famous.

Shafeeq worked for various channels as a comedian.

He played various types of roles and characters in videos, but he’s one of the roles as Chotu Hulk on Mr. Wasim Anjum’s channel is highly popular.

Besides comedy, Shafeeq likes singing, and he uploads his singing videos on his TikTok account.

Shafeeq is very close to one of his friends named Ramzan Sharukh. They work together almost in every video.

Who is Shafeeq Chotu ?

Shafeeq Chotu, aka Chotu Dada, is one of the most famous YouTuber, comedians, and Social Media personalities from India.

What is the real name of Shafeeq Chotu ?

His real name is Shafeeq Natya, but he is renowned as Shafeeq Chotu or Chotu Dada.

What is the age of Shafeeq Chotu ?

How famous is Chotu Dada?

As of now, Shafeeq is one of the most popular Indian YouTubers whose every video gets millions of views in just a few moments after publishing.

Where do Shafeeq Chotu live ?