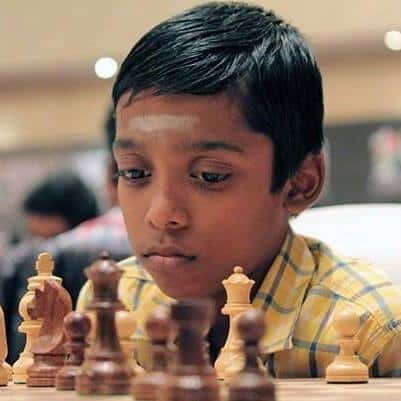 Praggnanandhaa Rameshbabu is an Indian chess player. He became the fourth-youngest person ever to achieve the title of GrandMaster. He also became the youngest International Master in history of chess at the age of 10 years. Praggnanandhaa started playing chess at a very early age and won the World Youth Chess Championship at the age of seven.

Praggnanandhaa was born on 10 august 2005, and his age is 14 years old (as in 2019). His father, Ramesh Babu, is an employee in State Corporation Bank, and his mother Nagalaxmi is a housewife. He has an elder sister Vaishali R. She is also a chess player.

Praggnanandhaa learned chess at the age of five.

He won the World Youth Chess Championship 2013 at the age of seven and earned the title of FIDE Master.

In 2015 he again won the World Youth Chess Championship.

In 2016 he became the youngest  International Master in chess, and in 2017 he achieved his first grandmaster norm at the World Junior Chess Championship.

In April 2018, He earned his second grandmaster norm at the Heraklion Fischer Memorial GM Norm tournament in Greece.

In June 2018, Praggnanandhaa earned the third grandmaster norm at the Grenadine Open in Urtijëi. 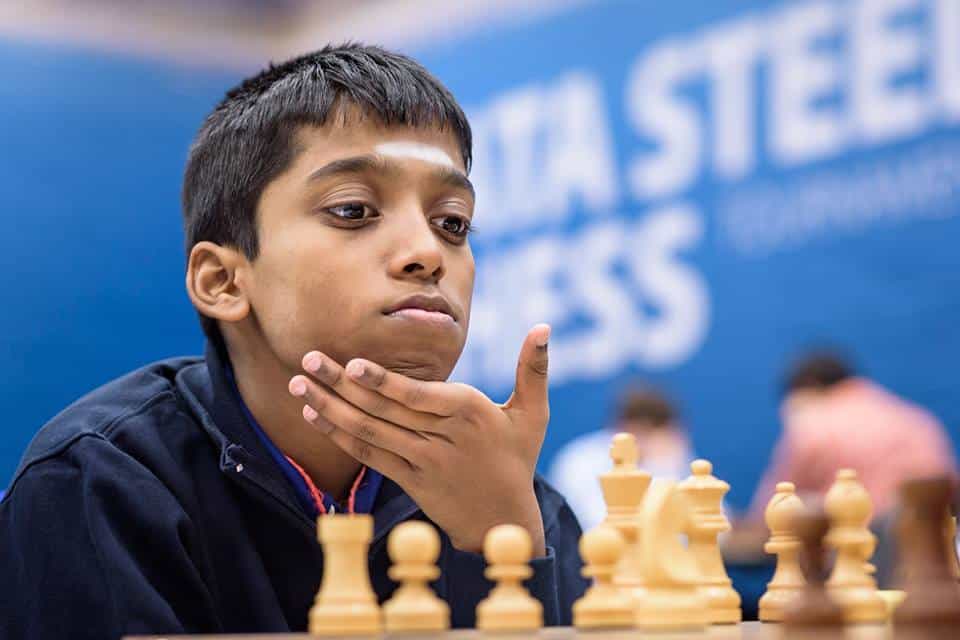 He has an elder sister Vaishali. She is also a chess player, and she has been a two-time youth chess champion and a Women’s Grandmaster.

His favorite sportspersons are Mangus Carlsen and Vishwanathan Anand.

He visited various countries during the international chess tournaments. He usually goes with her mother because his father stays busy in his work.

He usually celebrates his victory by visiting the temple and his grandmother’s house with his parents.

Praggnanandhaa got success at a very early age. He is an inspiration for many of the children.