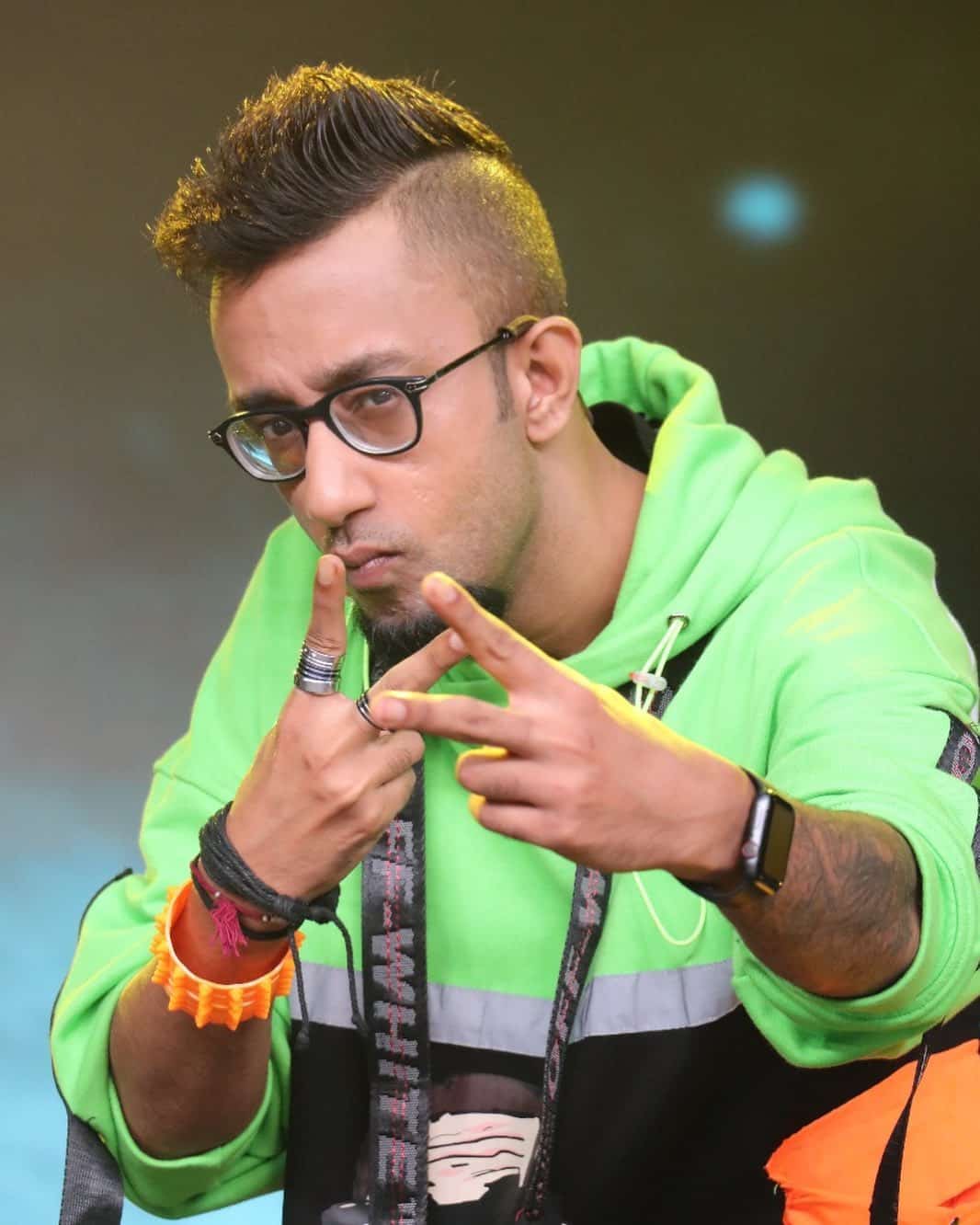 EPR is an Indian Rapper, Singer and Songwriter. EPR (Rapper) is a Rock and HipHop Rapper and a well-known personality in India. His actual name is Santhanam Srinivasan Iyer, and EPR is his stage name. EPR is a viral rapper for his various stage performances in different states in India. He also appeared as a contestant in the Television reality show MTV Hustle (2019).

So let’s come to know more about this famous Indian Rapper EPR and his interesting things.

As of now, we didn’t find any information about EPR’s family over any sources, but soon we will update it accordingly as soon as we get the information. Here we got a picture of his parents from his social media account.

Currently, EPR is unmarried, but he is in a relationship with a girl named Ahana.

He also likes travelling, and he visited various places in India during his concerts.

The rapper EPR was born and brought up in Tiruchirappalli, Tamilnadu, India, but after completing his primary schooling, he shifted to Kolkata.

He completed his education in broadcast journalism from the NSHM Institute of Media and Communication in Kolkata, India.

EPR got his interest in rapping during his studying in Kolkata, and he joined a rock band named Undeground Authority (India).

Fortunately, he became the frontman rapper of the band and has done hundreds of concerts & shows at various places in India.

In the year 2013, he was diagnosed with cholesteatoma (disease due to which you lose your ability of hearing). He opted for surgery, but his doctor said that he might not be able to make it ever on stage.

After three months of recovery and patience, he was able to hit the stage, and In December 2013, He won Hornbill International Rock Contest at Kohima, Nagaland, with his band.

In 2010, He made his debut on television by participating in the reality show India’s Got Talent -2 with his band.

In 2019, He participated in the reality show MTV Hustle (2019) and won the Star Performer Award in the first week of the show. Although that show is still running and now all the contestants of the show performing from home due to this Global pandemic Covid19.